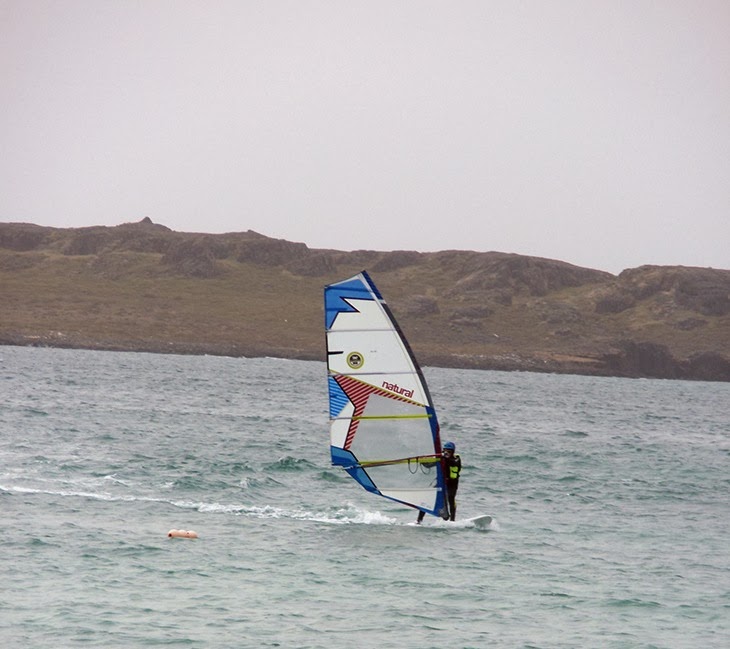 All limbs healthy and accountable? Well... if you think about see creatures – there are plenty of them in Boa Vista and you can eat them all the time. They serve them for dinner. Every single day.

Who knows how Cape Verde got its name... there really is not much greenery. Maybe climate has really changed drastically from time the first sailors came there. Or they came in August when it’s rainy season and desert blooms. Or, maybe it was just some kind of irony. Whatever it was, the wind blows on Cape Verde, day and night. No matter, down or sunset – it’s windy, anywhere from 17 to 28 knots. It’s gusty, and it’s always from the same direction.

Cape Verde is some 600 km from the west coast of Africa. It was uninhabited until pirates made their home base there. When the Portuguese succeeded to root them out, Cape Verde was made a slavery trading port. The population is mixed, mostly black, speaking many African dialects. The official language is Portuguese. Tourism brought increase in population, which are now around 700,000 souls.

From the very beginning I made some comparisons with Dahab and other spots in Egypt. Life conditions are similar (below European standard), but you can immediately sense that social atmosphere in Cape Verde is more relaxed. I believe, it is mostly due to the fact that women here are free to work, move around and show their sexy bodies in very tight clothes! (I got an inspiration to sing the praise of beautiful buttocks and charming almond colored eyes of Creole women there!) 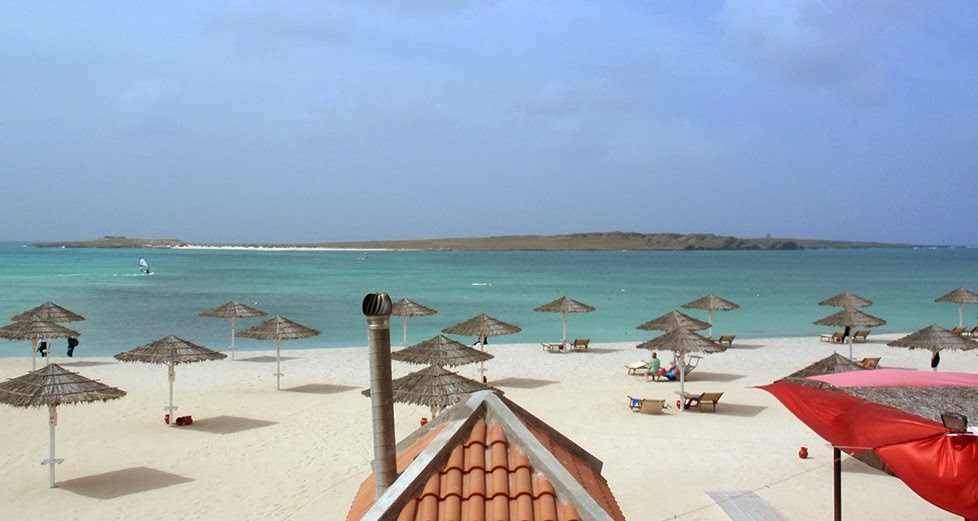 Well, back to the topic... Cape Verde is good for windsurfing from mid October to mid May. I was on Boa Vista, bigger, but not so much visited place, from the two main islands in Cape Verde.

Since I was satisfied with All Planet Sport Center in Dahab, I went to their place there, too. On Boa Vista there are only two windsurfing Centers. Unfortunately, the number of boards, sails and the rest of the equipment is not as I expected (half the numbers from, let say, Dahab). I was informed that on Sal, the other touristic island, 60 km far from Boa Vista, the windsurfing centers are much better equipped.

During my stay in Boa Vista, two last weeks in January, there was only 5-6 of us in the Center, and maybe some 10 more in neighboring Center. Kiters were in somewhat larger number. Even with such a low visiting rate, there was a shortage of larger sails. We used mostly 5.5 to 6.5 sails. There was only one sail in 7.5, but sometimes we needed it.

Flat zone in front of the Centre is cca 700 m in length. On the other side of the reef there are some surfs for wave riding. Temperature was like during spring in Europe. We used short sleeve wet suits, or even lycra. However, in the afternoon the temperature dropped due to clouds, so I found full wetsuit more comfortable.

Very attractive Czech woman who leads the Center explained to me there are sharks around, but since the water is shallow and there is not much food for them, only smaller specimens (1.5 m in lengths) sometimes come near the shore. The bigger beasts are usually on the south side of the island.

Unlike the other places I’ve been, you have to carry your equipment from the Center to the beach and back. The two "bellboys" there are mostly spending their time sitting and watching. Well...

All in all, if someone is longing for a warm and windy destination in December and January, Cape Verde guaranties everyday windsurfing in shorty. But, you will have to settle for poor equipment offer (or take your own with yourself). 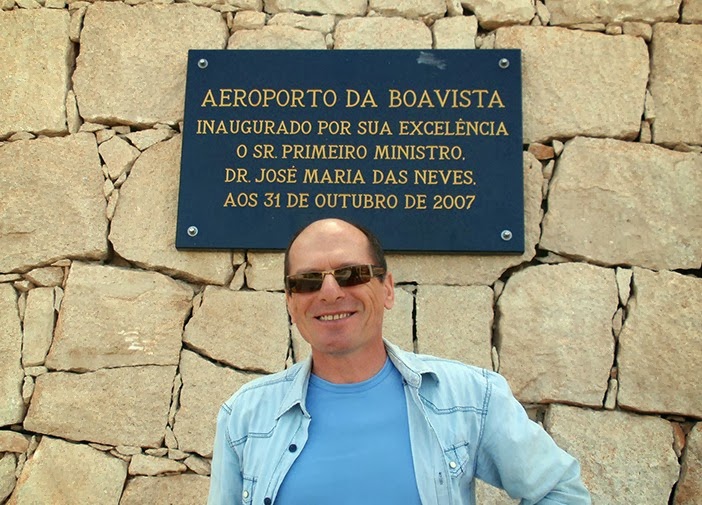 The whole package costs (via Italian tourist agency from Verona) between 1700 and 2000 euros. That includes travel expenses from Zagreb to Verona, two nights in Verona hotel and 14 nights in Cape Verde (4 or 5 stars hotel), all inclusive, parking on airport in Verona, flights, visas, transportation from airport to hotel, health insurance. Flight from Verona takes 6 hours directly to Boa Vista.

Latter I heard about another option Zagreb-Lisbon-Cape Verde for 1000 -1400 euros.

Renting of windsurfing equipment was 400 euro for two weeks (including transportation from the hotel to the Center – otherwise you have to walk for 40 minutes; taxi for that time would cost me cca 70 euros)

The hotel was very cozy, relaxed, with self-service for three meals per day. I usually skipped launch, because I was out there, windsurfing.

Since the arrangement was all inclusive, there was not much need for extra spending. Fish is very cheap, but the rest of food comes with European prices. There is no food production on Boa Vista – everything comes in with ships.

Well, I was thinking about that while watching other guests in the hotel. Mostly, they are fat, looking sick and lazy. They work for years under who knows what kind of stress, and then they buy one or two weeks off in such a place.

Local workers are getting 100-200 euros monthly salary. But they are looking much healthier, relaxed and livelier. They live without modern civilization, with the nature. (Well, in spite of that, their smartphones were better than mine!) In villages, there is no water in the houses. However, it is warm, they do not need heating. Basic expenses are low. You can talk and make love in the dark, too.

And when you expose yourself to the experience of endless sandy beaches, hypnotic rush of the waves, unlimited power of the wind, the broadness of the see and the sky... all that makes you think about the purpose and meaning of life; about how small you are in comparison to the Universe.

Your worldview expands and you notice how small is the very planet you are standing on, in the middle of the vast space. The breath stops. The thoughts stop, too.